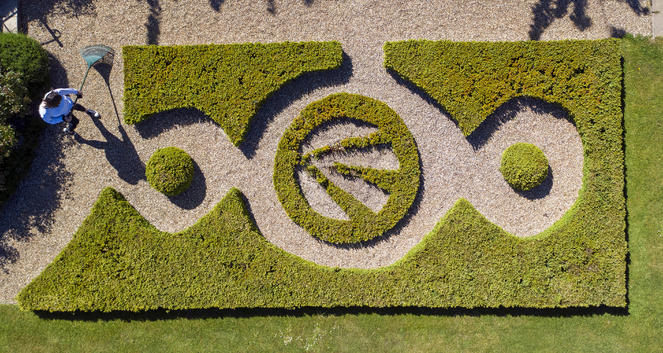 A Gardens Retrospective in Celebration of #NationalGardeningWeek

In celebration of National Gardening Week (26th April - 2nd May) in partnership with the RHS, we have been sharing the fascinating history of how the gardens at Penshurst Place were formed across the centuries on our Facebook page.

In case you missed, we've rounded up the timeline below:

The 16th Century and The Inception of The Walled Design

As an historical garden with records dating back to 1346, we thought what better week to share how the gardens of Penshurst Place came to be, the influence of Sidney family on their design, and how we maintain them with an evolution over revolution ethos in mind.

So, let us take you back to the 1560's and the inception of the walled design for which our historical garden is most known for...

In 1552, the Penshurst Place estate was given to Sir William Sidney by Edward VI. Sadly Sir William died just two years later and the estate passed to his son and daughter-in-law, Sir Henry Sidney and Mary Dudley.

It is Henry & Mary who we have to thank for our famous walled design. In the 1560's they embarked on a momentous task of remoulding the contours of the land in front of the house, as well as building a clever system of walls an terraces to protect the many fruit and vegetable plots that supplied the house. Henry & Mary also planted the original Italian Garden with a intricate layout and central pond to be enjoyed from the first floor staterooms - this garden has remained largely unchanged ever since. 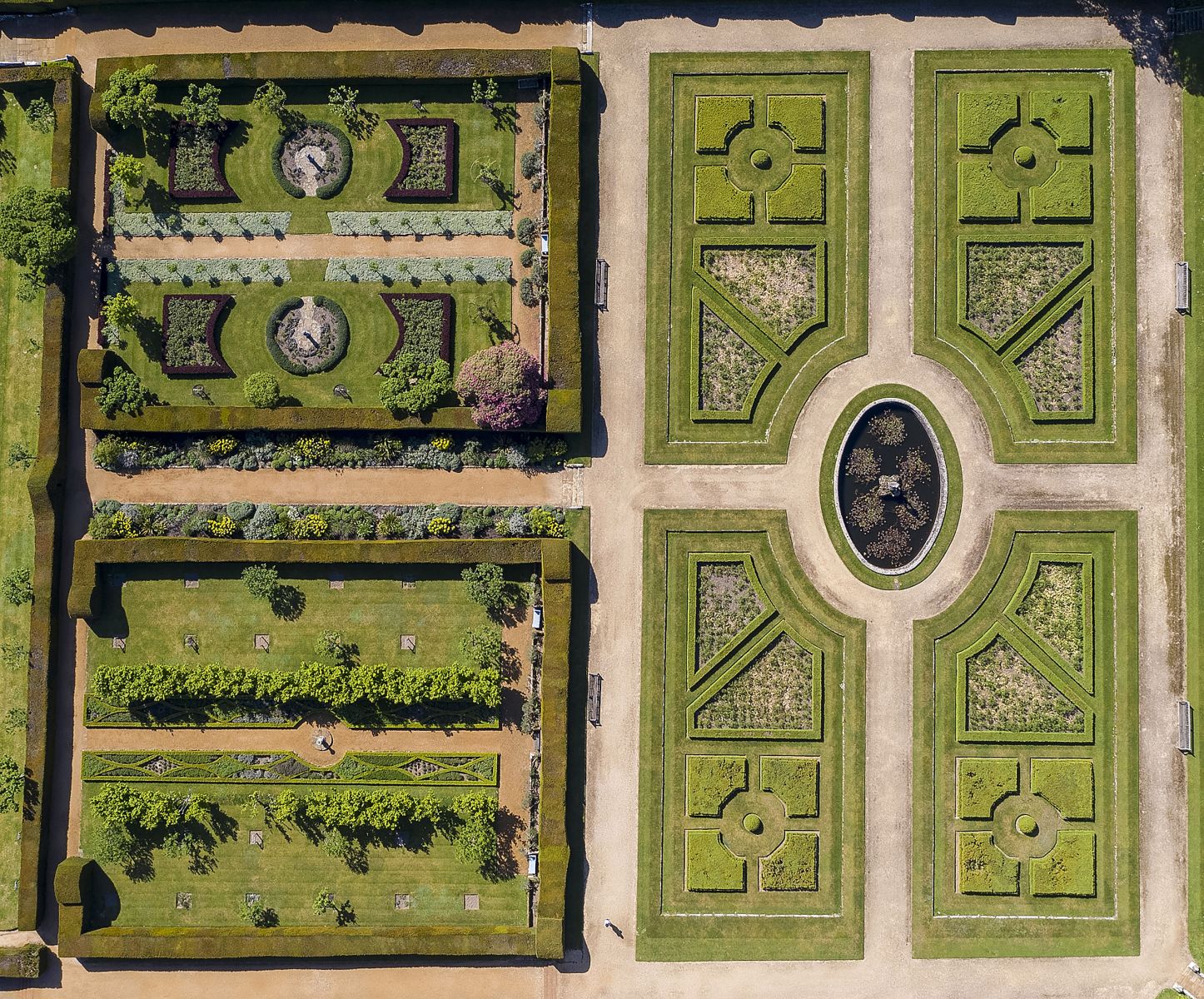 The 18th Century and The Arrival of The Fruit Trees

Let's jump forward a little to the 1700's when the estate is in the hand of the 7th Earl of Leicester who took it upon himself to plant several varieties of cider apple, thus continuing the practice of growing fruit at Penshurst Place. By 1744, the gardens had passed to William Perry who filled them with thousands of yards of Dutch box roses and "40 or so pretty curiosities" as well as more apple and exotic fruit trees. Penshurst Place has had roses and fruit trees in nearly every garden room ever since. 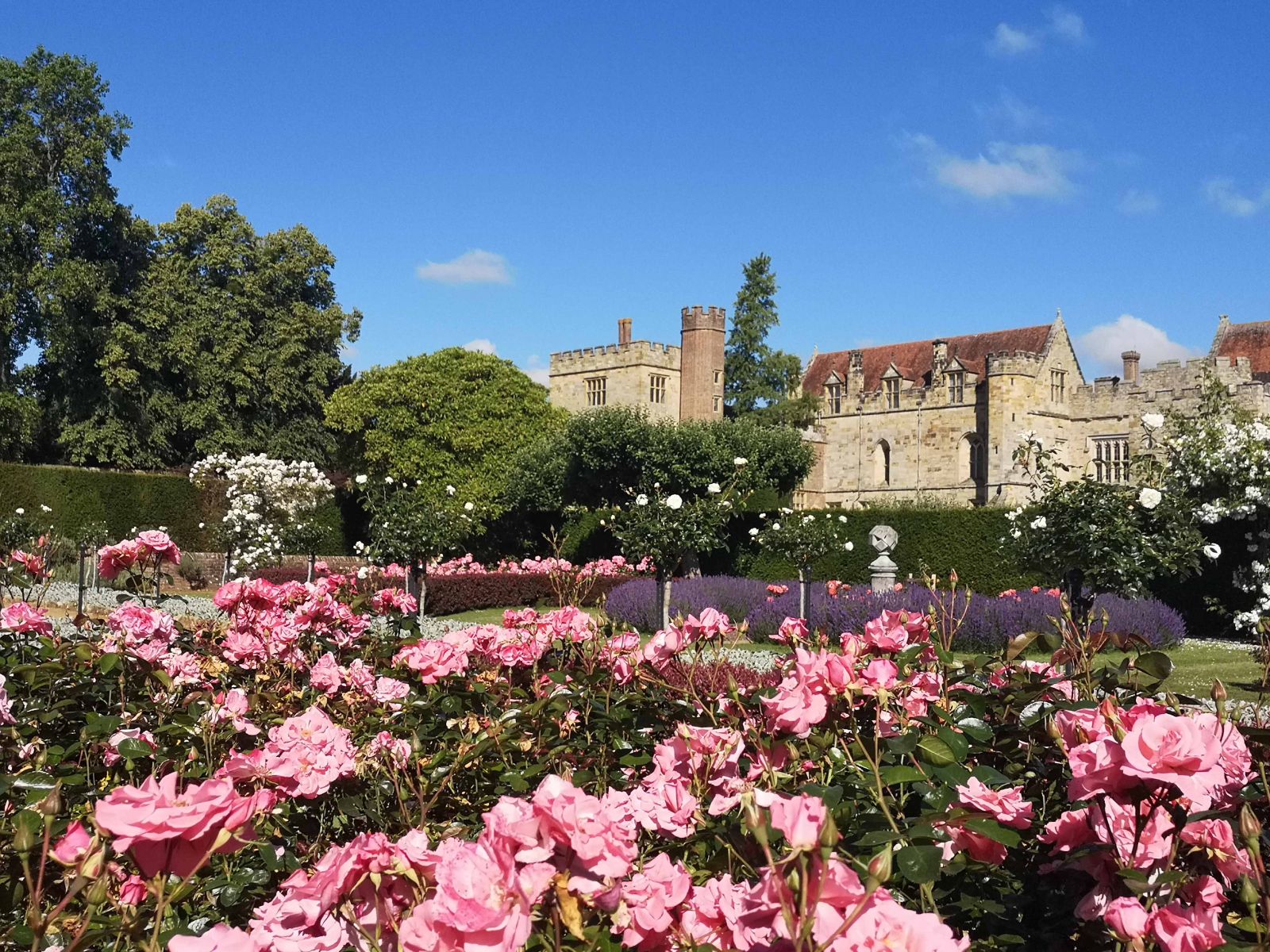 The Latter 18th Century and The Natural Disorder of Penshurst Place

After William Perry filled the gardens with roses and exotic fruit trees, he was sadly interned at an asylum where he later died. Penshurst Place was then the sole responsibility of his widow, Elizabeth Sidney who maintained the gardens on a chiefly utilitarian basis. In the latter years of the century, the gardens were attended to by a board of trustees and drifted into a state of natural disorder due to lack of funds.

Rather interestingly, it is this disorder and lack of funds that in some ways was the savior of the gardens. As there was no money to spend, Penshurst Place could not afford to be swept up in the garden fashion of the time, that of a Capability Brown style landscaped parkland which was incredibly popular with many country houses and estates. If the money had been available, it is likely the terraces and walls that Sir Henry Sidney installed in the 1560's would have been removed in favour of wide open grassed spaces. 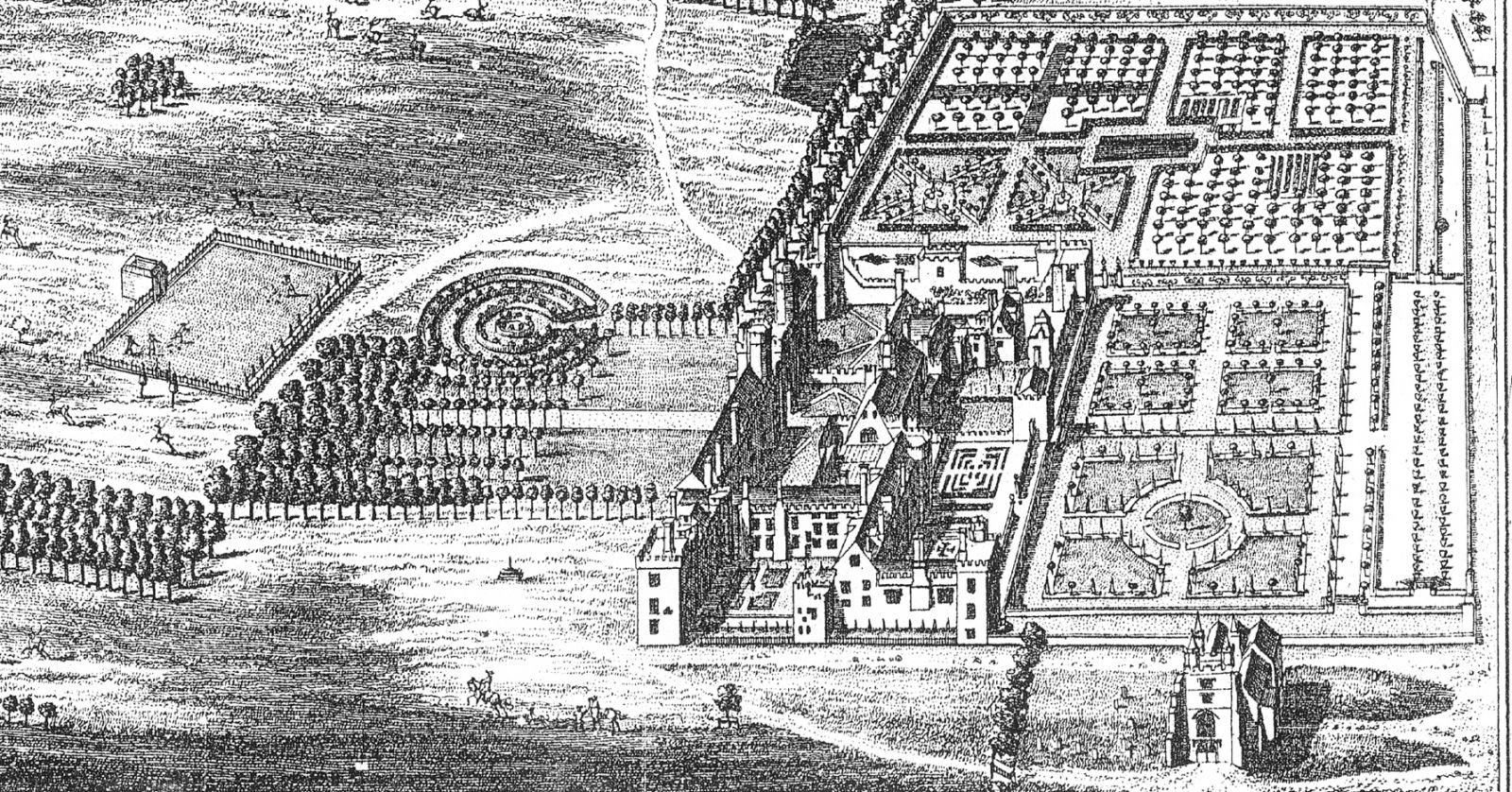 The 19th Century and The Garden Repairs

After the gardens at Penshurst Place fell into a state of natural disorder in the 18th century, Philip, 1st Lord De L'Isle and Dudley, along with Head Gardener Mr Bridger (who was Head Gardener for 48 years!) set about bringing the gardens back to life.

Philip's work was succeeded by his son, 2nd Lord De L'Isle and Dudley,  who capitalised on the clearing of the gardens, and using his ancestors' schemes as a framework revived the tradition of formality in the gardens and ensured the walls, terraces and hedges were grown again.

In the years since this revival, each Head Gardener has worked hard to continue our evolution over revolution approach to horticulture, ensuring the gardens are permitted as much time as they need to grow naturally within the framework. 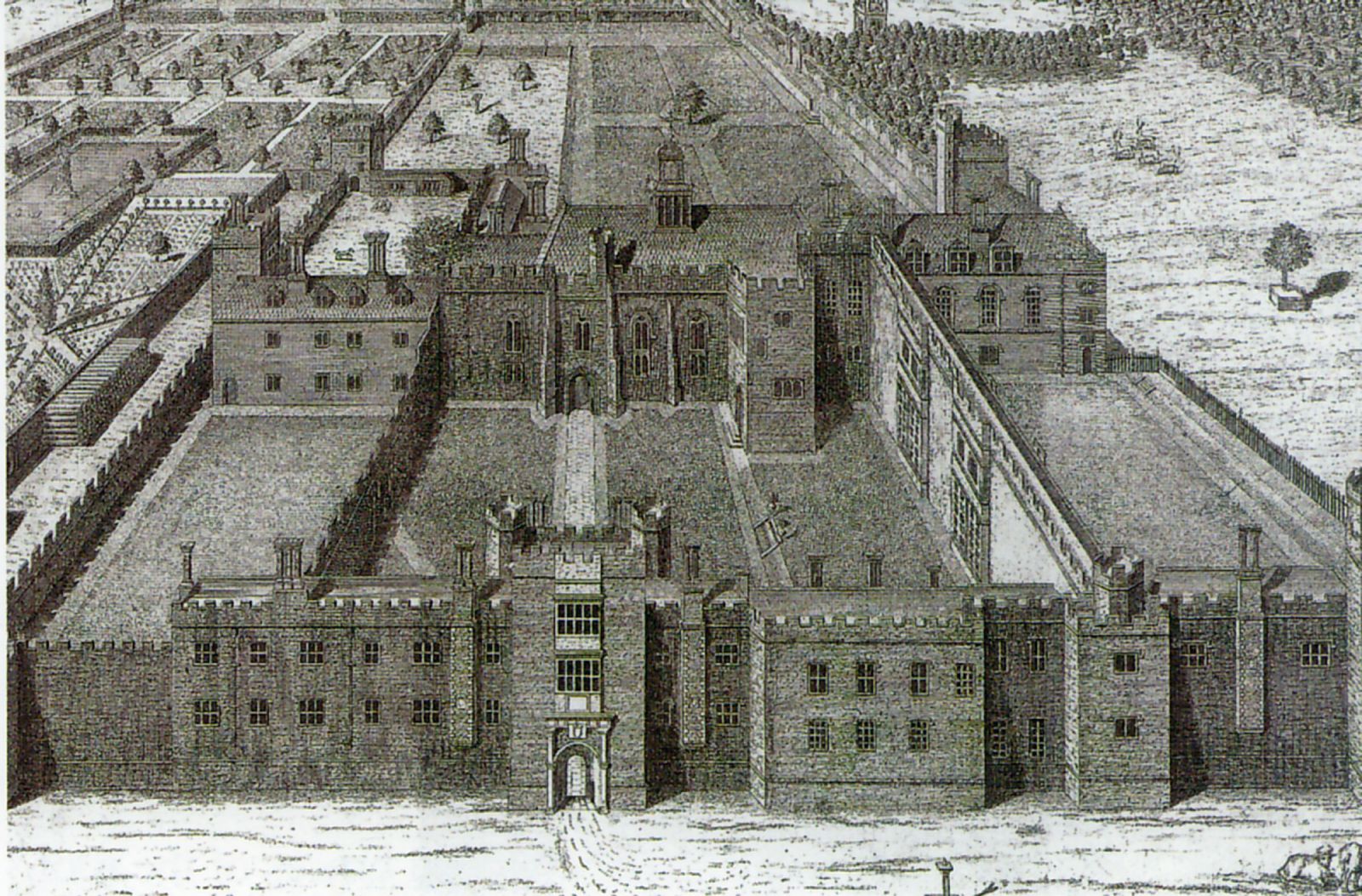 The 20th Century and Enemy Action

By the early 20th century the gardens at Penshurst Place had come to be recognised as the perfect example of an Old-English style, having been rejuvenated in the mid-19th century. Sadly however, another period of decay was just around the corner...

In 1944, Algernon, 4th Lord De L'Isle and Dudley was forced to leave the estate as a result of enemy action, and so the care of the gardens returned to a utilitarian style and all that was able to be completed was the trimming of the yew hedges and the pruning of the fruit trees. The main framework of the gardens which had guided each generation of the Sidney family since the 1560's survived the war, however all the 19th century floral achievements of Philip 2nd Lord De L'Isle and Dudley, had been strangled by weeds and the beautifully manicured lawns had returned to pasture. 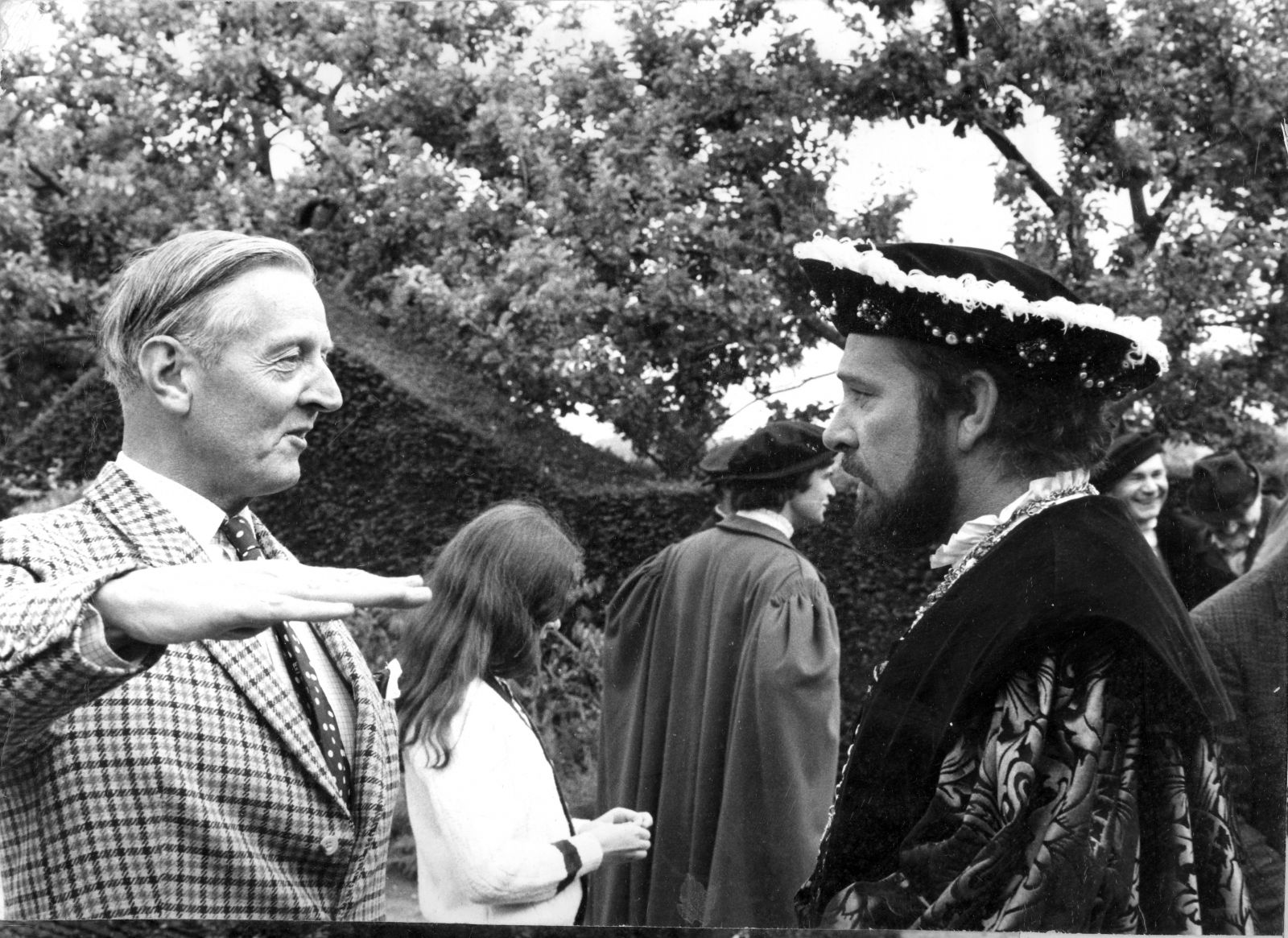 In the mid 20th century, 1st Viscount De L'Isle VC KG took it upon himself to resurrect the gardens and house after the war, during which many windows had been broken by doodlebugs. Having been unoccupied for two years, the house was now suffering from damp which had seeped into the walls, floors, and artifacts.

Despite the myriad of issues affecting the estate at the time, the 1st Viscount De L'Isle and his wife were still dedicated to the house and gardens and worked tirelessly over the next two years to ensure that Penshurst Place could welcome visitors soon, and on Derby Day 1947, the house and gardens were opened to the public.

The garden work was by no means complete by this point, but simply clearing the grounds of strangling weeds and repairing the house took lots of time. Over the next 44 years, 1st Viscount De L'Isle planted even more roses, redeveloped the yew enclosures and ensured the many Oaks across the parkland were well-cared for. the 1st Viscount was so happy with the Oaks in fact, that during his tours of Australia as the Governor-General, he was known to take acorns with him from the Oaks at Penshurst Place which he would scatter in woodlands, parks and forests throughout his time in Australia.

1st Viscount De L'isle sadly died in 1991 and the arboretum was planted in his memory. Since then, the Penshurst Place estate has been in the capable hands of his son, 2nd Viscount De L'Isle CVO MBE, who continues his father's and ancestors great work in the gardens and grounds of Penshurst Place. 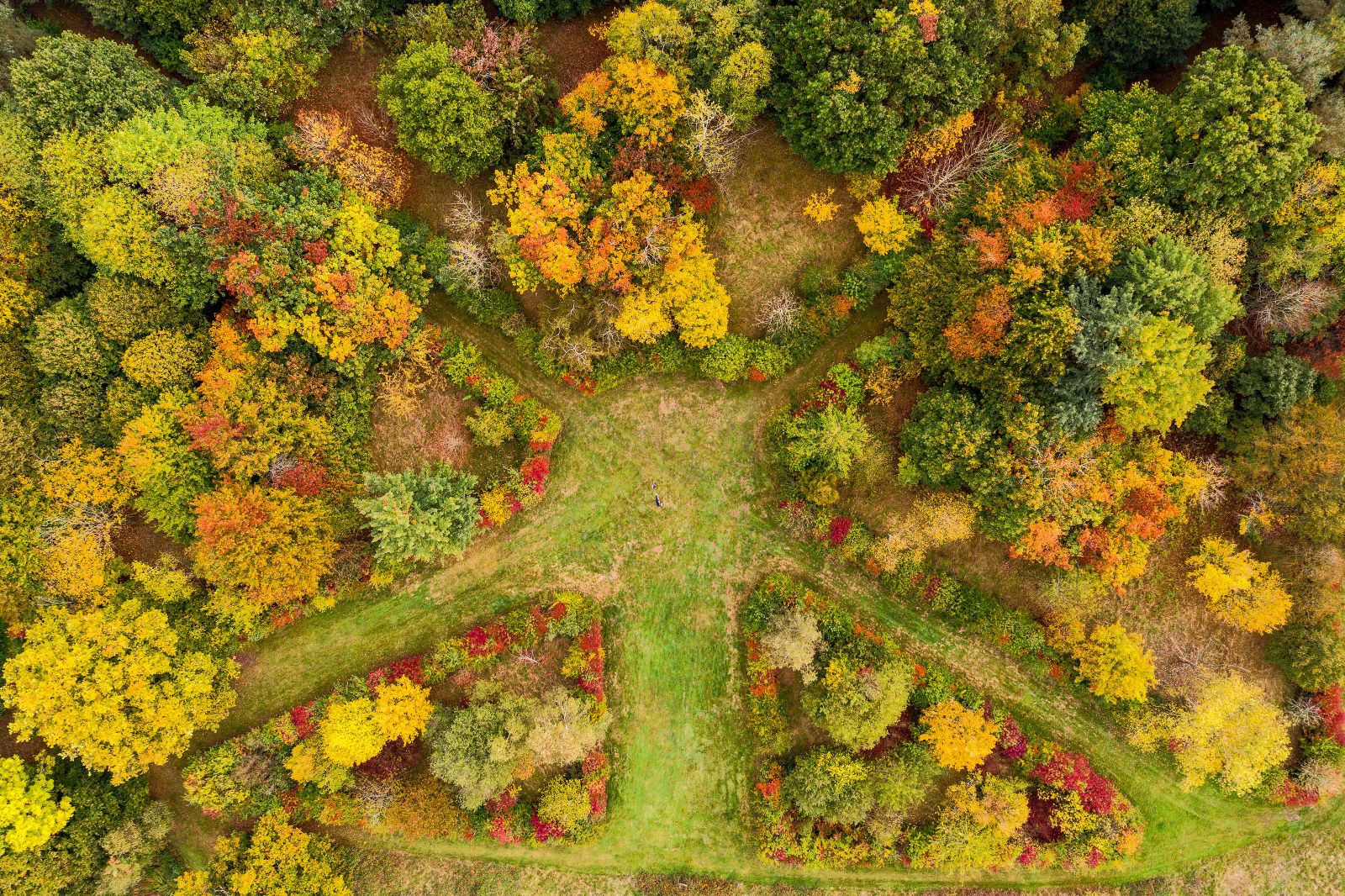 Today, the gardens at Penshurst Place are cared for by a small, dedicated team of gardeners, lead by our Head Gardener, Tony Wiseman.

We remain committed to our evolution not revolution approach and allow the gardens to develop organically. Nothing is grown, planted or removed without consideration for how it will interact with the other garden rooms, after all it is the individual garden rooms that make Penshurst Place so special.

In 2020, like many other businesses we were greatly impacted by the Covid-19 pandemic, and for a short period our on-site team was made even smaller than usual. During 2020 we again retreated to ensuring only the maintenance of the gardens was taken care of, and larger projects were put on hold to ensure the health of the gardens during a difficult year. We're pleased to mention that with  the help of some funding from the Department of Culture, Media & Sport we have been able to resurrect some of these big projects to include the installation of an irrigation system to water the gardens - previous to this installation all watering in the gardens has been done with hoses and the humble watering can!

Other new projects include the planting of 29 new Cherry Trees across the estate in partnership with the Sakura Cherry Tree Project, and the beginnings of our ongoing work to tackle the box blight, which unfortunately will mean the Italian Garden will look quite different for a little while.

All our work contributes to ensuring the historically significant gardens of Penshurst Place remain for many years to come, and your support and your visits go a long way in helping us achieve that, and for that we want to say thank you.

On that note, we hope you have enjoyed our look back at the history of Penshurst Place and we hope to welcome you back very soon. 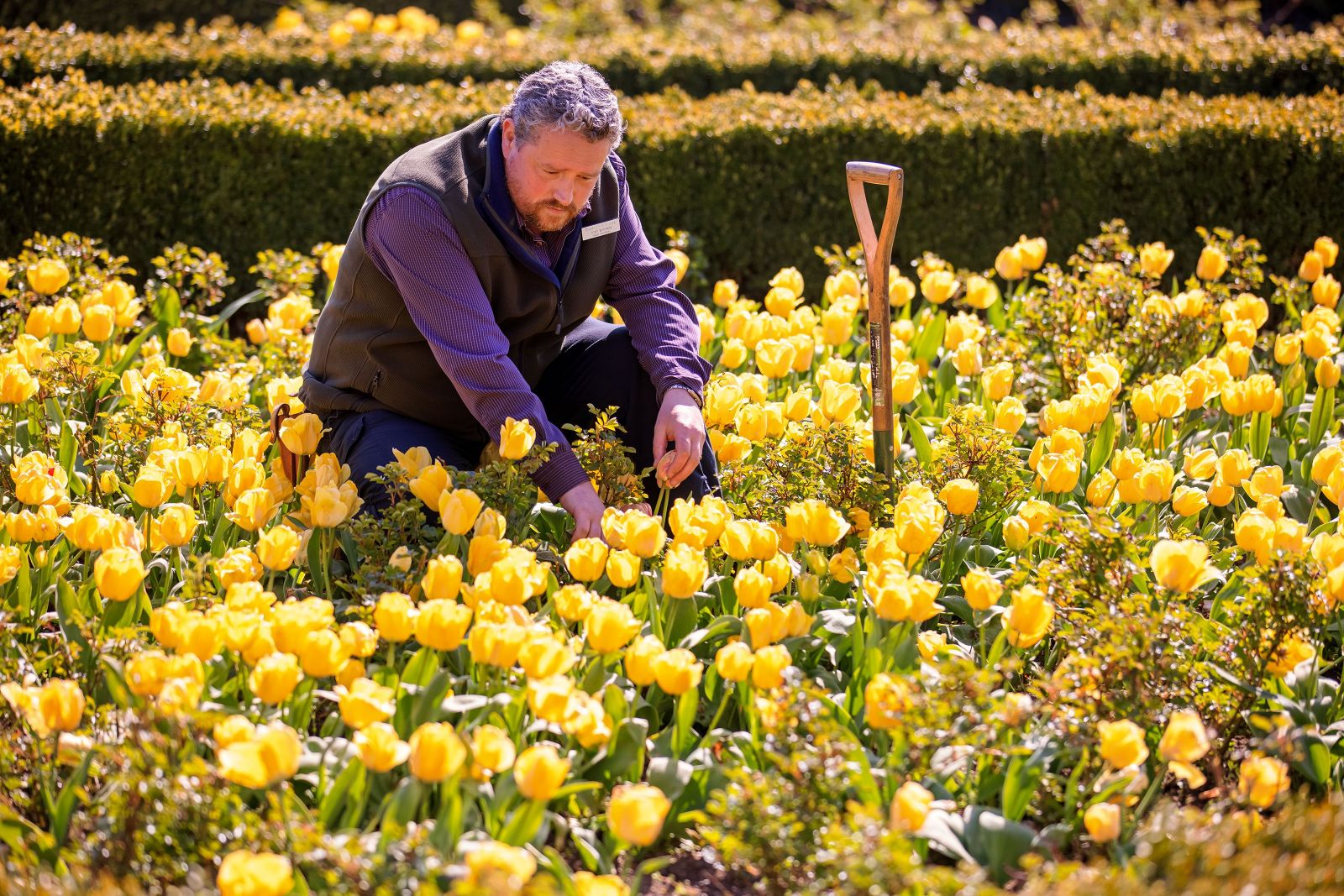